Google has been very vocal on its stance for net neutrality. Now, Richard Whitt–Senior Policy Director for Google–announces that Google will take an even more active role in the debate by arming consumers with the tools to determine first-hand if their broadband connections are being monkeyed with by their ISPs:
“We’re trying to develop tools, software tools…that allow people to detect what’s happening with their broadband connections, so they can let [ISPs] know that they’re not happy with what they’re getting — that they think certain services are being tampered with,” Google senior policy director Richard Whitt said this morning during a panel discussion at Santa Clara University, an hour south of San Francisco. In an article written by Cade Metz, a reporter for The Register, Metz explains that when the net neutrally debate first popped up at Google, Google actually considered playing along with the network-throttling ISPs:
“We were pretty well known on the internet. We were pretty popular. We had some funds available. We could essentially buy prioritization that would ensure we would be the search engine used by everybody. We would come out fine – a non-neutral world would be a good world for us.”

But more idealist minds prevailed at Google, and the company has advocated network neutrality ever since–“or as Whitt likes to call it ‘broadband neutrality’.” Whitt didn’t mention when the network analysis tools would become available.
Other participants of the panel discussion had very different opinions on network neutrality, such as “George Ou and Richard Bennett, two networking-obsessed pals who have vehemently defended Comcast’s right to throttle peer-to-peer traffic.” The one thing that everyone on the panel appeared to agree on, however, was that ISPs need to be transparent with how they manage their network traffic. Google’s stance is that if the ISPs won’t disclose that information to the public, then consumers should have the tools at hand to determine for themselves what their ISPs are doing. 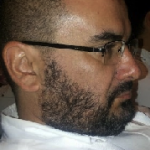